Providing my byline by your deadline

2019, MDDC, team coverage on youth and high school football and the impact of concussions, The Washington Times. 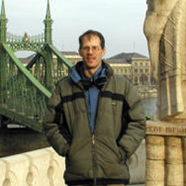 David Driver is a native of Harrisonburg, Virginia, and played baseball at Turner Ashby High and Eastern Mennonite College (now University). He graduated from EMC in 1985 with a degree in English and a minor in journalism. He has lived in the Washington, D.C. area for nearly 25 years and was the first sports editor of the daily Baltimore Examiner and for nearly 10 years was also the sports editor of Laurel (Md.) Leader, now part of the Baltimore Sun Media Group. He is now a full-time freelance writer, wrote two books on sports in 2022, and is a consultant for MVP International, a leader in sports trips overseas for high school athletes. He covered the Nationals in the World Series year of 2019 for The Washington Times and covered the team for five years for The Sports Exchange.

He was also a contributor to Terrapin Times, which covers the University of Maryland, and he has also contributed to the website of the North Carolina-based Big South Conference. In the past, he has run websites that covered the Washington Wizards, VCU basketball, and Liberty University athletics, and ran a sports blog that was picked up by the Baltimore Sun.

Driver and his family lived for three years in Hungary and he has done nearly 100 stories on American basketball players in Europe for magazines, newspapers, and websites. He continues to make return trips to Europe for basketball and has filed stories from at least 12 European countries. He also covered boxing, wrestling, and hockey championship events while living in Europe.